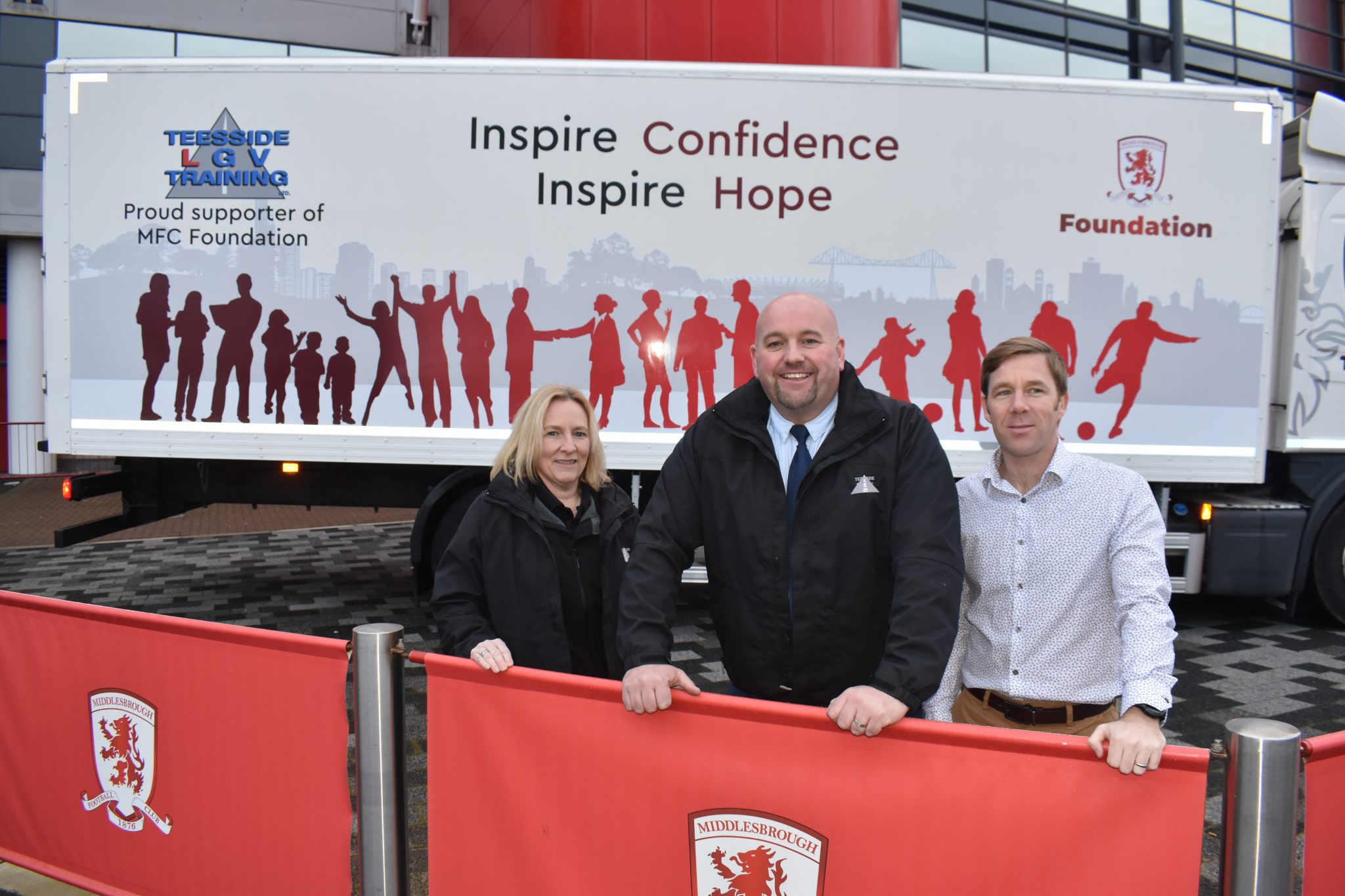 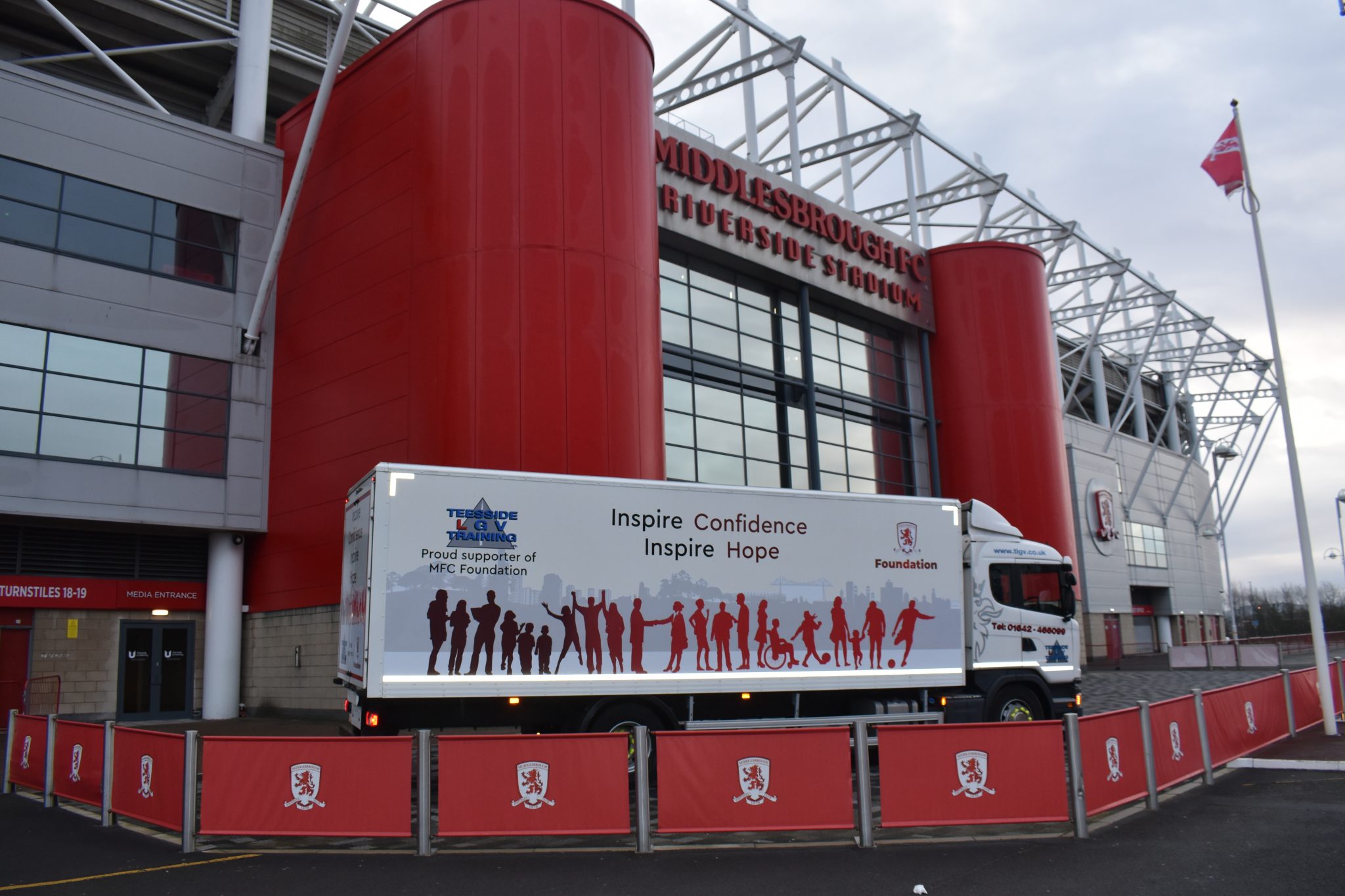 Teesside LGV Training a Friend of the Foundation has a new addition to it’s fleet.

To help raise awareness of MFC Foundation and the life changing work we do across Teesside they have agreed to dual brand their training vehicle.

Kirk McGrath – Owner of  Teesside LGV Training said: “I’ve been working with the Foundation for nearly 12 months having been inspired by the fantastic work they deliver across Teesside. At a recent meeting we discussed the need to raise awareness of both the brand and the many life changing projects they deliver throughout the Tees Valley.” He continued: “I suggested that as our training vehicles constantly drive around the Teesside area why don’t I get them branded up with the MFC Foundation logo for all to see?”

Andrew Buckley the Business Development Manager at MFC Foundation commented: “Kirk is a big Boro fan and now a huge MFC Foundation supporter and is proud to be associated with the inspirational work we deliver on a daily basis.” He continued: “We are proud of our relationship with Kirk and the Teesside LGV team and look forward to seeing the vehicle around the community.” 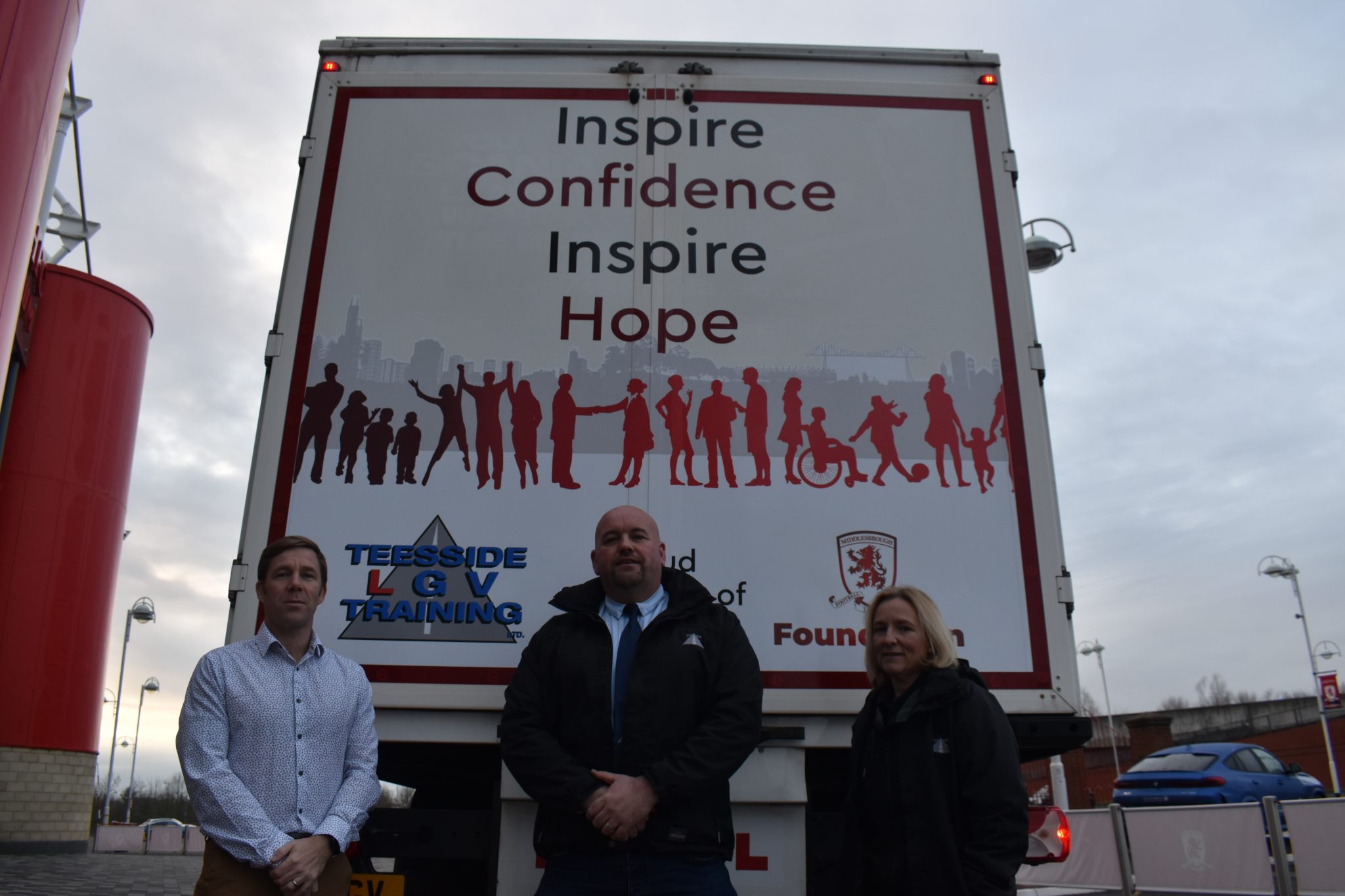 Teesside LGV Training was established in 2004 by Kirk McGrath with a view to providing LGV and PCV training to the highest standard. Since its early inception in the early 2000 it has become widely acknowledged as the one of the leading training providers in all classes of vocational licence acquisition. It has always been the philosophy of the company that candidates will be trained by trainers that hold a vast amount of experience in both these sectors of the industry, but also qualified to the highest standard to provide affordable but professional training. This enables them as a company to prepare every one of the students and candidates to understand the real world environment that they are entering, and providing an opportunity to the local population to gain a qualification.

All of this wouldn’t be possible without the immensely efficient administration team, enabling both existing and potential customers advice and support to complete what could be a daunting process for some. Without doubt the success of Teesside LGV’s steady growth since 2004 is down to teamwork involved from every level and this is obvious from the fantastic reviews that they have received.

Moving forward with the team at Teesside LGV Training, starting from humble beginnings in a porta cabin and a couple of Lorries, they are immensely proud of their purpose built training centre in the heart of the community, providing classrooms, a covered training area and their own maneuvering area which doubles up as DVSA approved test centre. Their fleet is class leading offering a modern fleet of Scania trucks that provides consistency for their students, as well as the other vehicles required for vocational licence acquisition.

Having set the standard, Teesside LGV strives to keep pushing for a one stop training establishment now adding to its portfolio Lorry Loader, Fork Lift, ADR, CPC and MiDAS to not only private individuals but also a large number of National clients and they look forward to maintaining this steady but solid growth in the future.

Charlie Is A Coach To The Core

END_OF_DOCUMENT_TOKEN_TO_BE_REPLACED

Teesside LGV Training a Friend of the Foundation has a new addition to it’s fleet. To help raise awareness of…

END_OF_DOCUMENT_TOKEN_TO_BE_REPLACED

We have teamed up with our friend & supporter Steve Cochrane MBE, and are working alongside Psyche & The Teesside…

END_OF_DOCUMENT_TOKEN_TO_BE_REPLACED
We use cookies to ensure that we give you the best experience on our website. If you continue to use this site we will assume that you accept the use of cookies.AcceptRead more